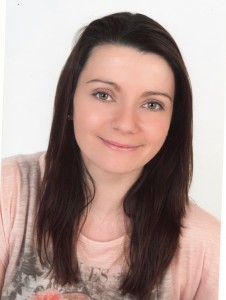 Graduated from Queens University in 2005 with a BA(hons) Drama. She also has a HND in Performing Arts through BIFHE, and a Diploma in Drama Facilitation through UCD. She has been working as a Drama and Dance Facilitator for over nine years, with extensive experience in all areas. She has previously worked as a Drama teacher for year 8-14 in a secondary school and as a Dance Tutor for National Diploma Level in South West College.

She has many choreography credits including Hairspray & Little Shop of Horrors, as well as Championship level Hip-Hop Crews.  She is a professional Actor with on going work and experience in performing on stage and on camera.

Joined FADD studios shortly after graduating with a BA(hons) from Queens in 2009 and PGCE in 2014.   She has been teaching drama and dance since 2004

both professionally and voluntary. She is a qualified Street Dance Facilitator who has delivered classes for the Academy across the province. 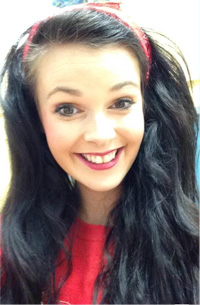 Since winning Face of Northern Ireland, Robyn has worked on hit TV Series ‘Game of Thrones’ and ‘The Fall’ as well as successfully auditioning for Disney Land Paris in Pineapple studios London.

Robyn,DIP LCM, is the director of her own performance school in Portadown but feels extremely thankful to be able to work with such a great bunch of kids at FADD Studios. She has performed as Eponine in ‘Les Miserables’, Dorothy in ‘The Wizard of Oz’ and even worked as Elsa in Antrim and Lisburn. Robyn has a lot of experience in the performance industry and hopes to be working for FADD for many years to come! 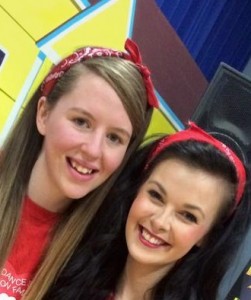 Michaela has been a student with FADD since they opened the doors in May 2008.   She has attended and/or participated in every event, show, competition and training course available since day one and has gained an unquestionable knowledge in the running of the company.

Michaela works as a daycare assistant, as well as an administrator and valued tutor at FADD.  She qualified with an OCN level 2 in Street Dance and has attended training across the UK and Ireland to further her skills and knowledge in various genre of Dance.  Her experience and qualifications make her an ideal Hip-Hop tutor and choreographer for our Junior and Intermediate age dancers.

Graduated from Queens in 2004 with a BA(hons) Drama. She also trained at BIFHE and continues to work as a professional Actor and singer/songwriter. 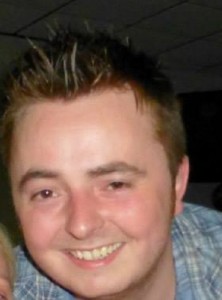 All Tutors are fully qualified with a relevant Degree or equivalent in The Arts. They have also been given formal training in delivering workshops and are all Access NI checked. The Team deliver Drama & Dance workshops throughout the Region in various schools and youth clubs. Check out our classes to find one near you.